Inside Hurco blog: news and event from CNC machine company

Blog about Hurco that covers the people, customers, partners, and events that create the culture of innovation at this CNC machine company. 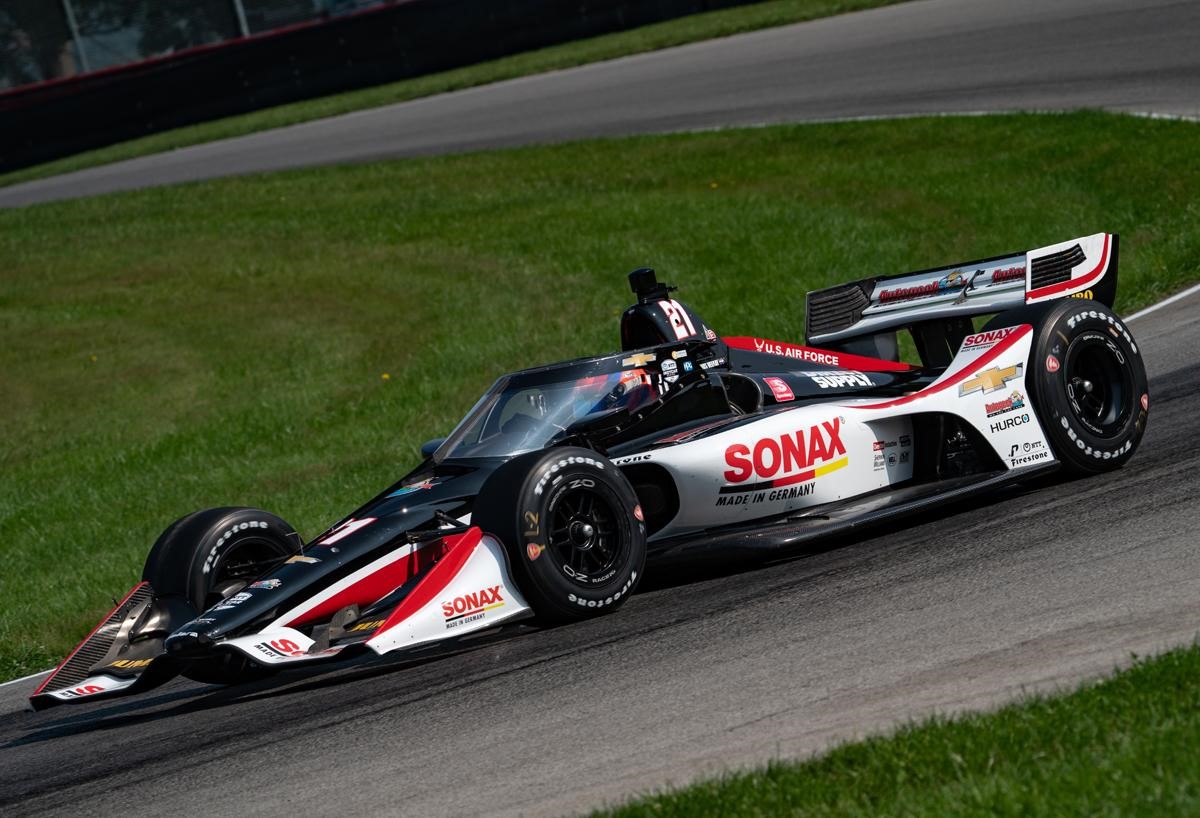 • Ed Carpenter Racing faced the first round of another NTT INDYCAR SERIES doubleheader today at Mid-Ohio Sports Car Course. Both Rinus VeeKay and Conor Daly earned their best starting positions at a road course race this season. VeeKay, locked in a battle for Rookie of the Year honors, parlayed his qualifying result into his third Top 10 finish in a row. Daly narrowly missed out on his own Top 10 as he had to coast home on the final lap, short on fuel. VeeKay finished 8th in Race 1 of the Honda 200 and Daly finished 13th.

• A 75-minute practice and a split-group qualifying session kicked off day one at Mid-Ohio. Daly finished the practice session 9th and VeeKay was 12th. The two were split into different groups for qualifying with VeeKay out first in Group 1. His best lap of 121.305 mph would land him 9th on the Race 1 starting grid, his career-best road course start. Daly followed in Group 2 and his lap of 121.550 mph placed him solidly in the 4th position. Like VeeKay, it was Daly’s best road course start of 2020 and matched ECR’s highest starting position this season.

• Daly selected Firestone’s red alternate Firehawks for the start of Race 1 while VeeKay rolled off on primary black tires. Daly swapped positions with Ryan Hunter-Reay in the opening laps, then settled into 4th for the duration of his first stint. VeeKay was forced into a brief off-track excursion, but quickly re-entered the racing surface with no further issues. However, it did cost him several positions and the No. 21 SONAX/Autogeek Chevrolet slid back to 13th.

• On the softer, faster red tire compound, Daly stayed out until Lap 20 when he made his first pit stop. As the cars that started on black tires cycled to the front, VeeKay moved up to 4th. The harder compound and longer-lasting black tires carried VeeKay seven laps more than Daly's reds and VeeKay made his stop on Lap 27. After the 23-car field had made their first stops, Daly was 10th and VeeKay was 12th.

• While Daly selected black tires for his second stint, VeeKay went with reds. VeeKay used the tires to his advantage, moving into the Top 10 with passes on Pato O'Ward and championship leader Scott Dixon. As the second and final round of pit stops began, Daly dove in on Lap 46. VeeKay stayed out for three more laps, ultimately cycling up to 2nd. Both selected sticker black Firehawks for their final stint.

• The teammates ended up on track next to each other with VeeKay running 9th and Daly in 10th. With two laps to go, the No. 20 U.S. Air Force Chevrolet unexpectedly began to run out of fuel. Daly backed off and was able to complete all 75 laps, but lost three positions at the end to finish 13th.

• VeeKay wasn't done moving forward in the closing laps. He gained another spot with a daring pass around the outside of Colton Herta, giving him the 8th position. VeeKay, who turned 20 yesterday, has finished in the Top 10 in the last three races. In addition to today's 8th place, he also finished 6th and 4th in the World Wide Technology Raceway doubleheader two weeks ago.

• Ed Carpenter Racing will return to the 2.258-mile road course first thing in the morning to finalize preparations for Race 2. There will not be a practice session tomorrow, but Daly and VeeKay will have another split-group qualifying session. Tomorrow's 75-lap race will start at 1 p.m. ET and will be broadcast on NBC.


CONOR DALY, No. 20 U.S. Air Force Chevrolet, Finished 13th: “We had a really good start, got up to 3rd, which was nice! We struggled with the balance a little bit, but once we settled into 4th we held our position. It was tough to nail the times we needed on the out laps. Running out of fuel, these things happen sometimes. It was a shame because we would have been in the Top 10. Hopefully, we can work on some race pace for tomorrow and thankfully we have another day.”


RINUS VEEKAY, No. 21 SONAX/Autogeek Chevrolet, Finished 8th: “Good race! I struggled a little bit at the beginning to get around slower traffic. Once I figured it out, it was really enjoyable. It definitely wasn't a perfect race, but I'm happy with what we made of it and the speed we had. I think we can do even better in qualifying tomorrow, which will make the race easier!”


About Ed Carpenter Racing
Ed Carpenter Racing (ECR) first entered the NTT INDYCAR SERIES in 2012. The Indianapolis-based race team has proven its versatility by collecting seven wins across each type of track the series competes on – street and road courses, short ovals and speedways. ECR is led by IndyCar’s only team owner/driver, Ed Carpenter, three-time pole winner for the Indianapolis 500 (2013, 2014 and 2018). The 2020 season will see Indiana natives Carpenter and Conor Daly in the No. 20 Chevrolet as Carpenter will drive the ovals and Daly will take over for the road and street course events. Both will be entered in the Indianapolis 500 alongside Dutch teenager Rinus VeeKay, who will compete for the Rookie of the Year title as he races the No. 21 Chevrolet for the full season. More information on Ed Carpenter Racing may be found at http://www.edcarpenterracing.com/.

Dutch Teenager is the Fastest Rookie in the Field; Ed Carpenter and Conor Daly Will Start Next Sunday's 500-Mile Race From Row 6

• The youngest driver in the 2020 Indianapolis 500 is also the fastest rookie in the field as Ed Carpenter Racing's Rinus VeeKay has qualified 4th for next weekend's 500-mile classic. Teammates and hometown favorites Ed Carpenter and Conor Daly locked in their starting positions yesterday and will begin the race from the same row. Carpenter will be on the inside of Row 6 he qualified 16th and Daly will be on the outside in the 18th starting spot. The 2020 Indianapolis 500 will take place next Sunday, August 23. It will be shown live on NBC with coverage beginning at 1 p.m. ET. 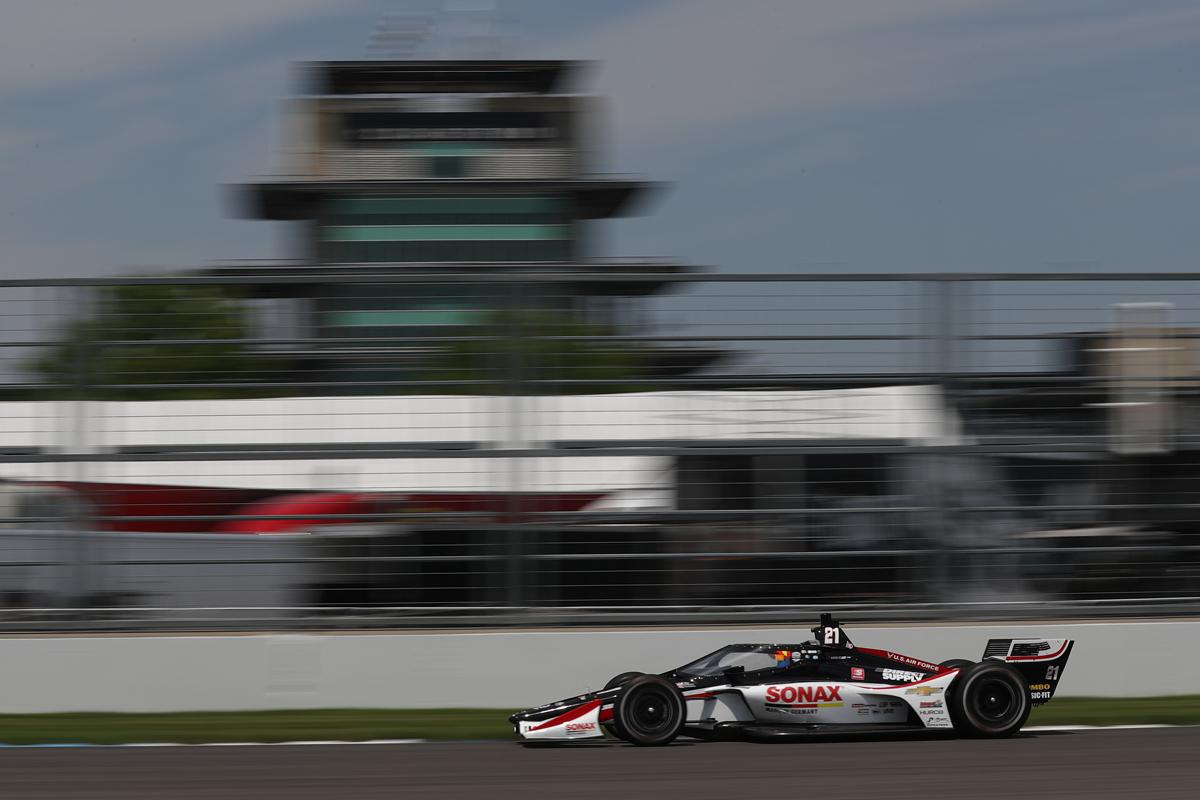 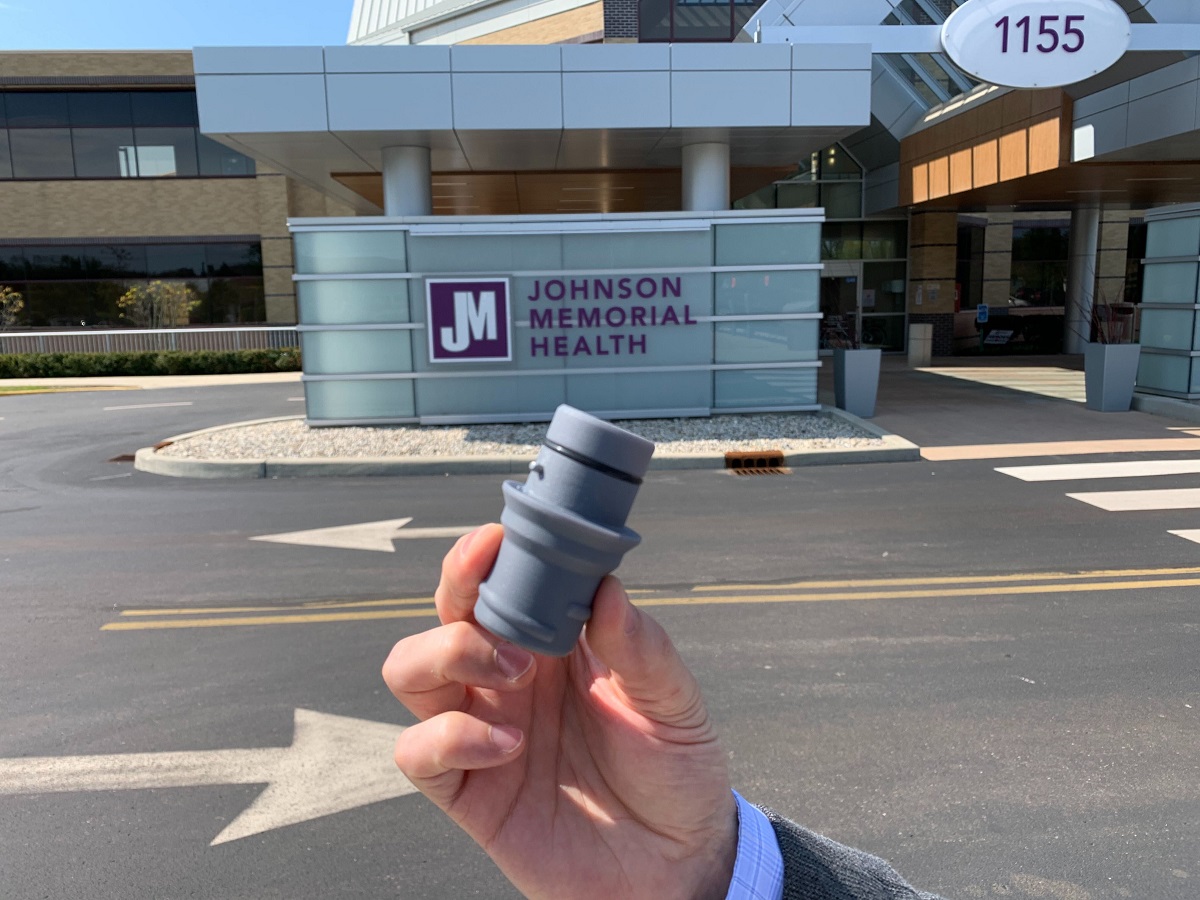 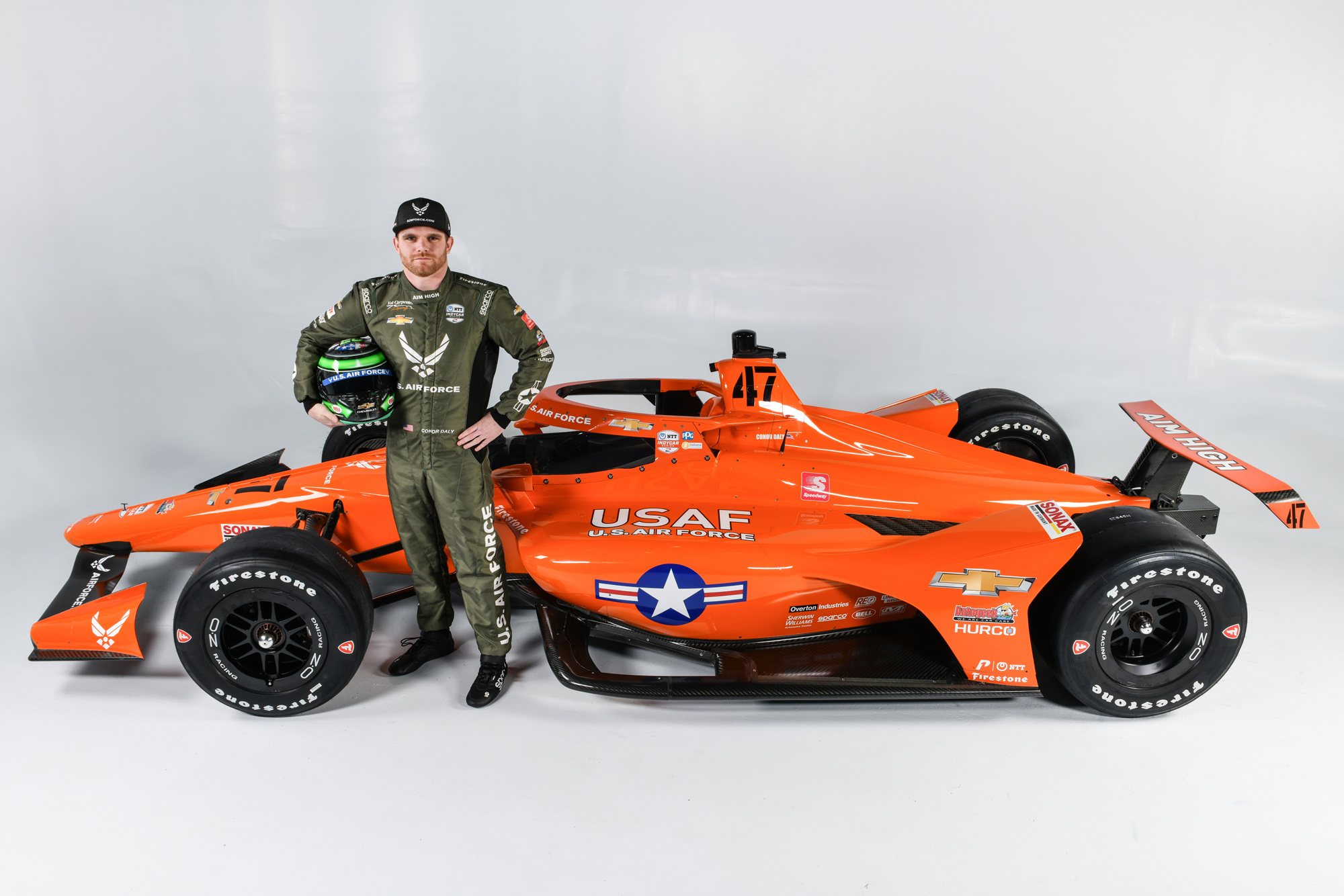 At Hurco we know that not every machine shop has all the equipment that they really need to get by on a day to day basis. Some shops have rows upon rows of machines, while smaller shops may have one CNC mill, one CNC lathe and a couple bridgeports sitting in the corner. So we wanted to make life a little easier for our customers and machinists in genera. 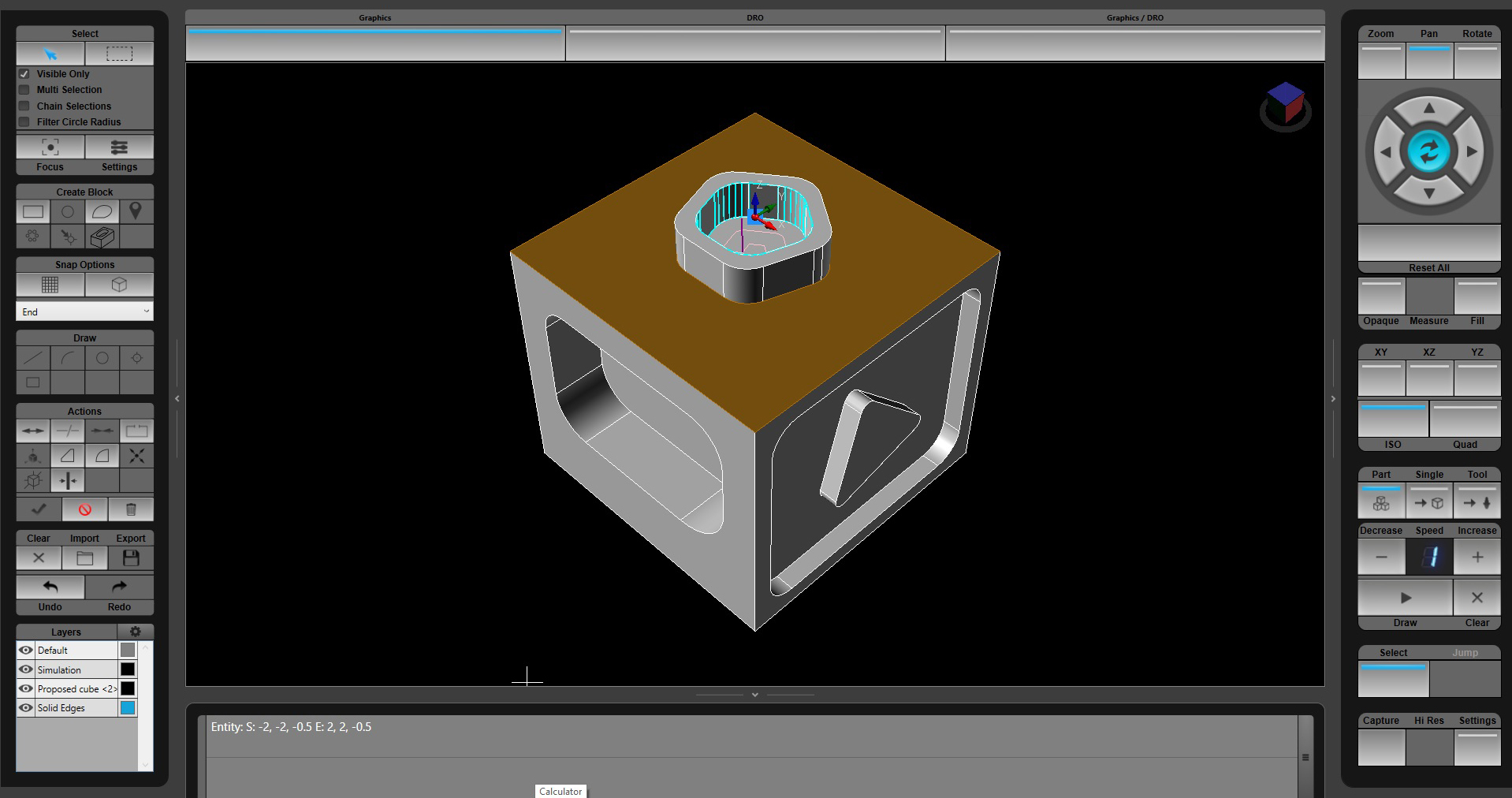 Derek Korn of Modern Machine Shop recently wrote an article on Hurco's new feature 3D Solid Model Import, this feature allows a 3D solid model to be imported into the CNC control and the operator can perform conversational-type programming even for five sided machining applications. 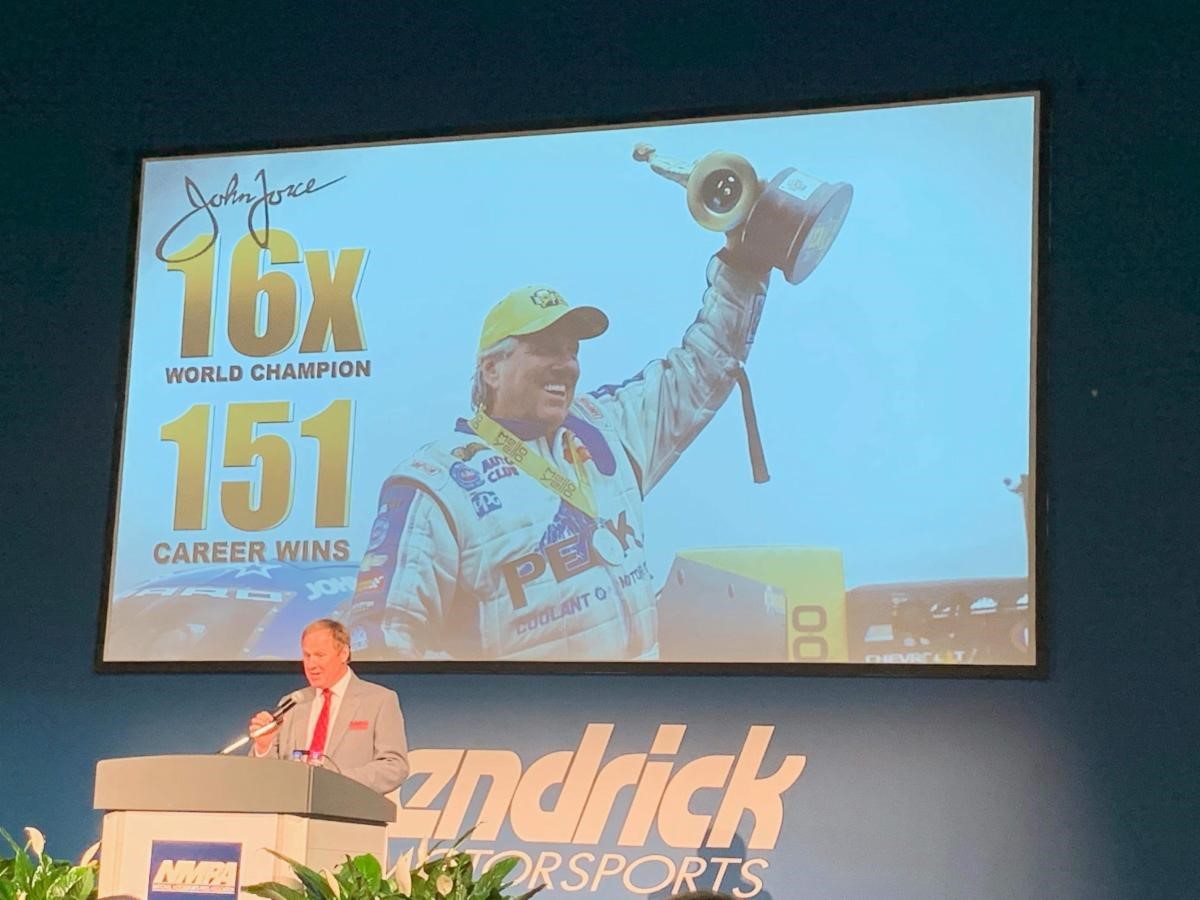