Hurco, Submarines, and the U.S. Navy 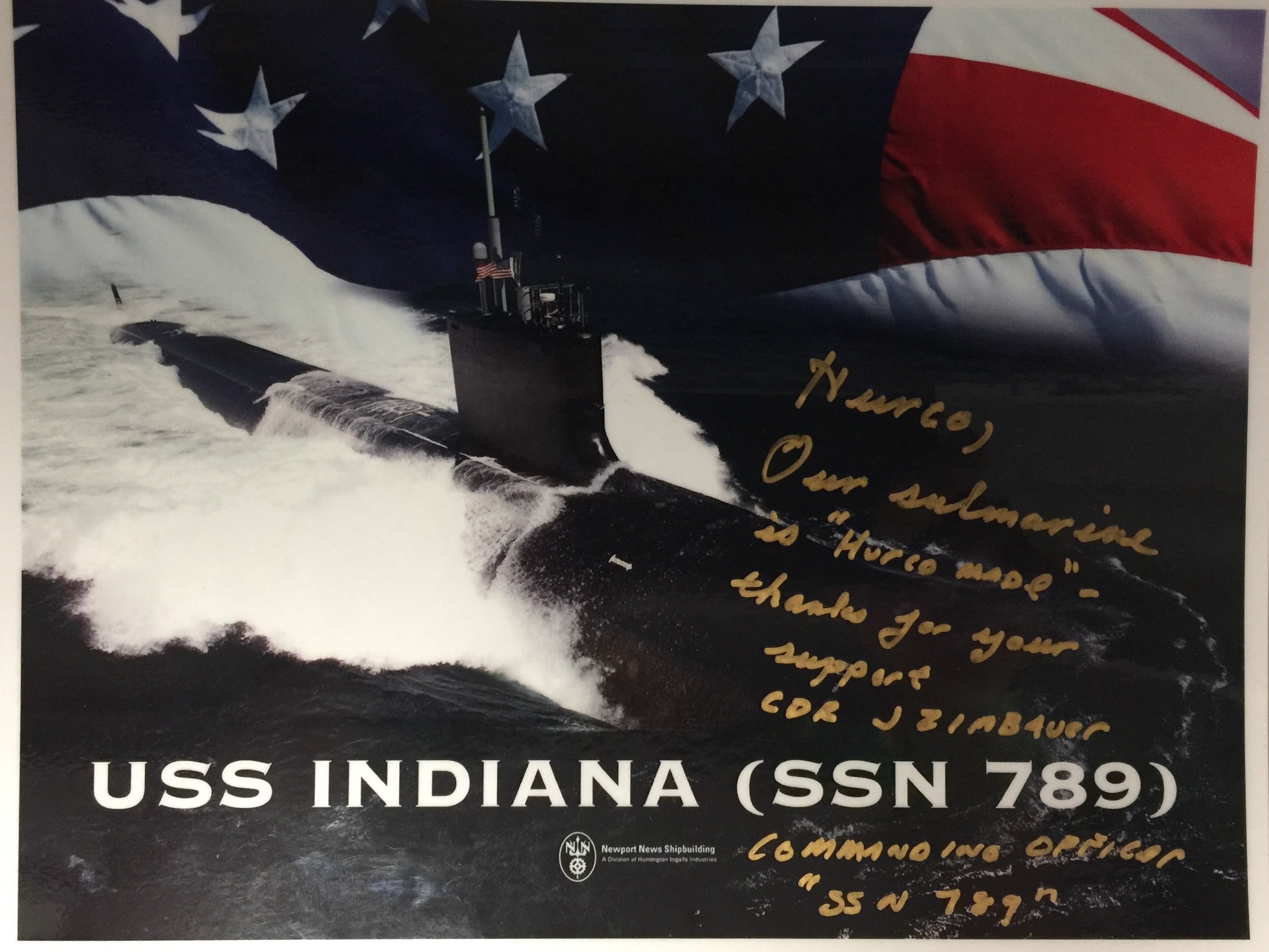 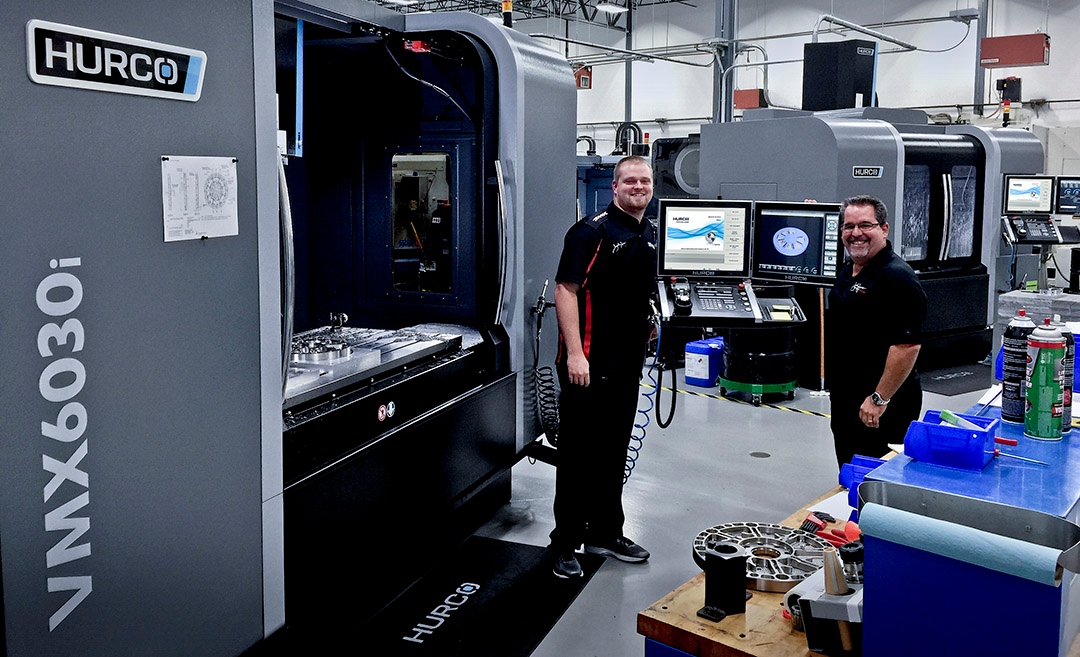 Hurco has many different partherships - some in education, tooling companies, CAM software compalnies, and both Indy Car and NHRA drag racing. Even though every single one of our relationships are important and special in their own way, one of the coolest relationships that we have is with John Force and the John Force Racing team. 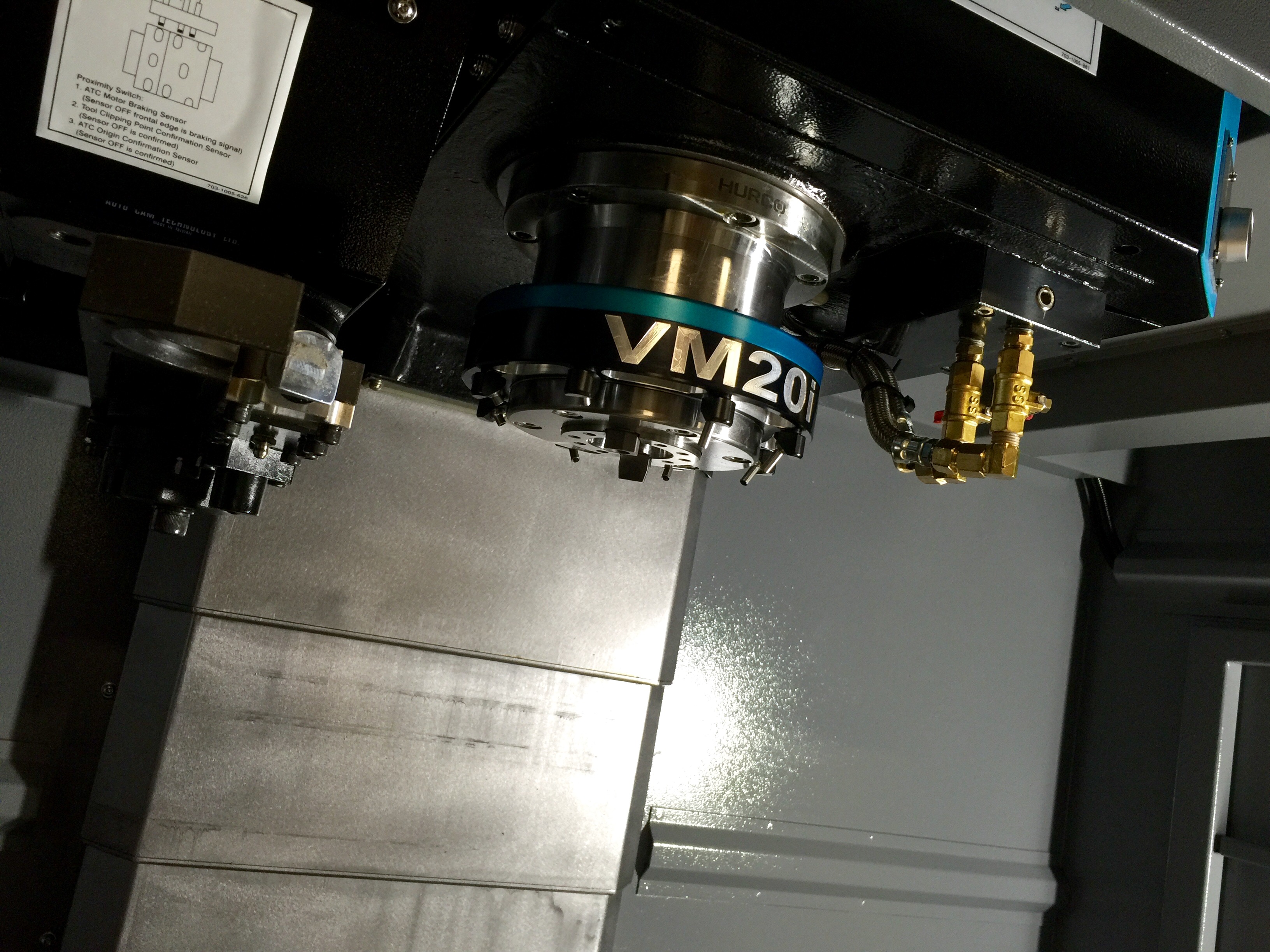 One of the features about a Hurco that many customers love is the 8-nozzle coolant ring that comes standard on all VMX models of vertical machining centers, and the amount and flow of the flood coolant that can be experienced is sometimes unbelievable to many new users. Now Hurco VM owners can experience this same overwhelming feeling of flood coolant!

A while back I received a comment on one of my previous blog posts – “5-Axis Programming: programming with tool vectors”-  asking about how to designate a 5-axis Transform Planes using IJK UVW vector tokens, instead of the traditional ABC rotary axis designations on their 5-axis CNC machine. Instead of just replying to that comment, I thought I would write this post as a response. Since this will be a continuation of the 5-axis CNC basics series, I suggest that you read and understand using IJK tool vectors as a pre-cursor to this article.

The idea behind creating a 5-axis transform plane using vectors is exactly the same as programming tool movement with IJK tool vectors on any machine with a 5th axis; however, the difference lies in the fact that you will have two separate vectors…using IJK for one and UVW for the second one. The reason you need two separate “legs” for this function, is because you cannot designate a plane with only one axis. I will use the floor inside a room as my analogy…you could not create a floor in a room without having at least two walls. With only one, the floor would simply spin around that single axis, and could actually point in literally any direction. To accommodate the two legs of the transform plane, and because we want to determine the direction of the Z-axis ultimately, we will use the X-axis and Y-axis as our legs, or walls of the desired transform plane. 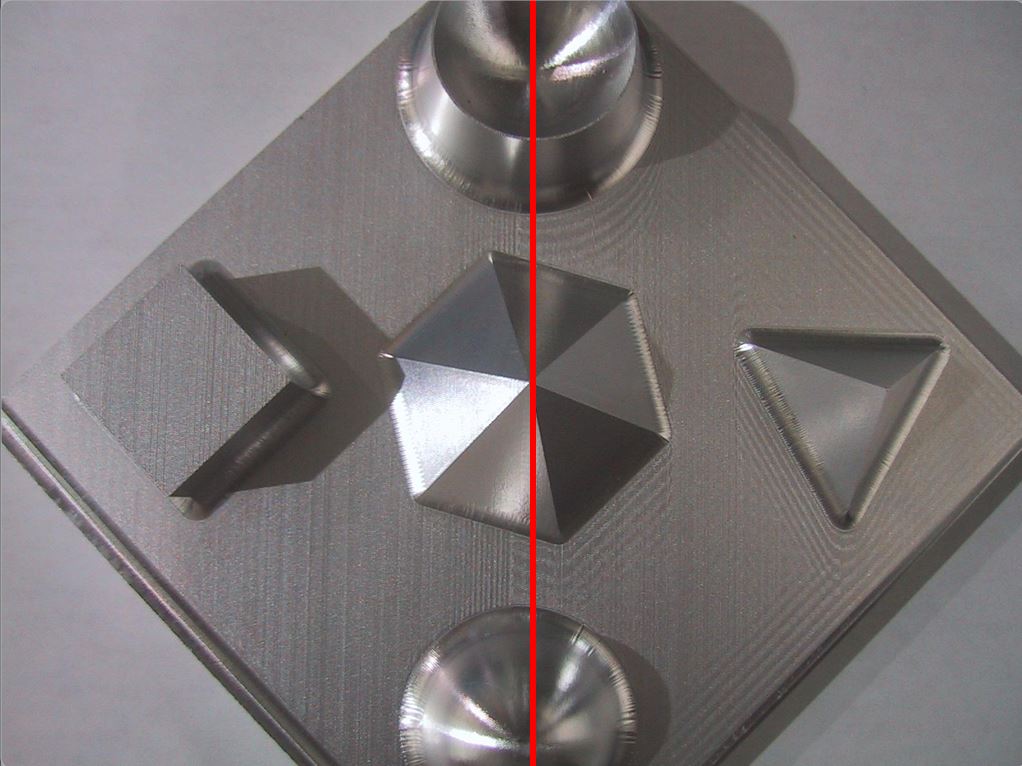 Today’s Hurco users are well aware of the term SFQ, or Select Surface Finish Quality, on the Hurco control, and probably have a pretty good idea about which settings work best for them – however, many of them probably don’t realize what is actually going on behind the scenes, and what those settings actually mean or how they affect the machine’s behavior.

Over the years, Hurco has partnered with many tooling companies. Recently I received a link from G.W. Shultz, that showed a video of one of thier tools cutting 422 Stainless Steel, on a Hurco VMX30HSi High Speed milling machine - at some pretty impressive speeds. The information listed in the video comment section says: "Pushing the G.W. Schultz Tool HGW40250-01 to 1000SFM in 422 Stainless Steel". 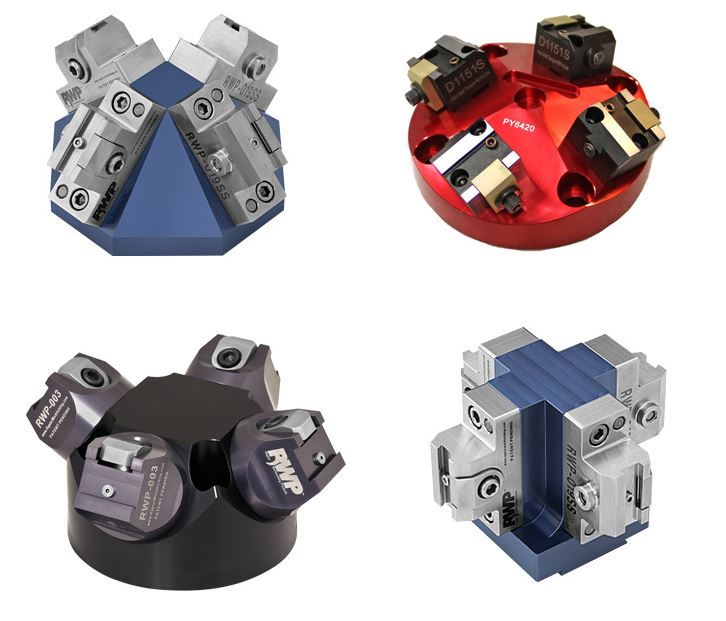 In February of 2013 I posted an article titled: “5-Axis…it just ain’t that scary”, and to date it has been one of the most popularly read articles in my blog series. So, I thought I would expand on that article a little bit, and dive a little deeper into what can be done with 5-axis technology…and show how even the advanced features of 5-axis really aren't anything more than multi-axis common sense, when you break it down.

We Took Five for 5-axis…will you?

Hurco recently partnered with Modern Machine Shop magazine for an educational online 5-axis webinar, called: “Take Five for 5-Axis”. It was very well received by everyone who attended, and the feedback afterward was outstanding. In this webinar, I try to present this information in a very simple way, and attempt to explain things in a manner that even those who have no history of 5-axis machining can understand it. After all, that was the intention…to educate and teach!

Automation: it's not just for high production 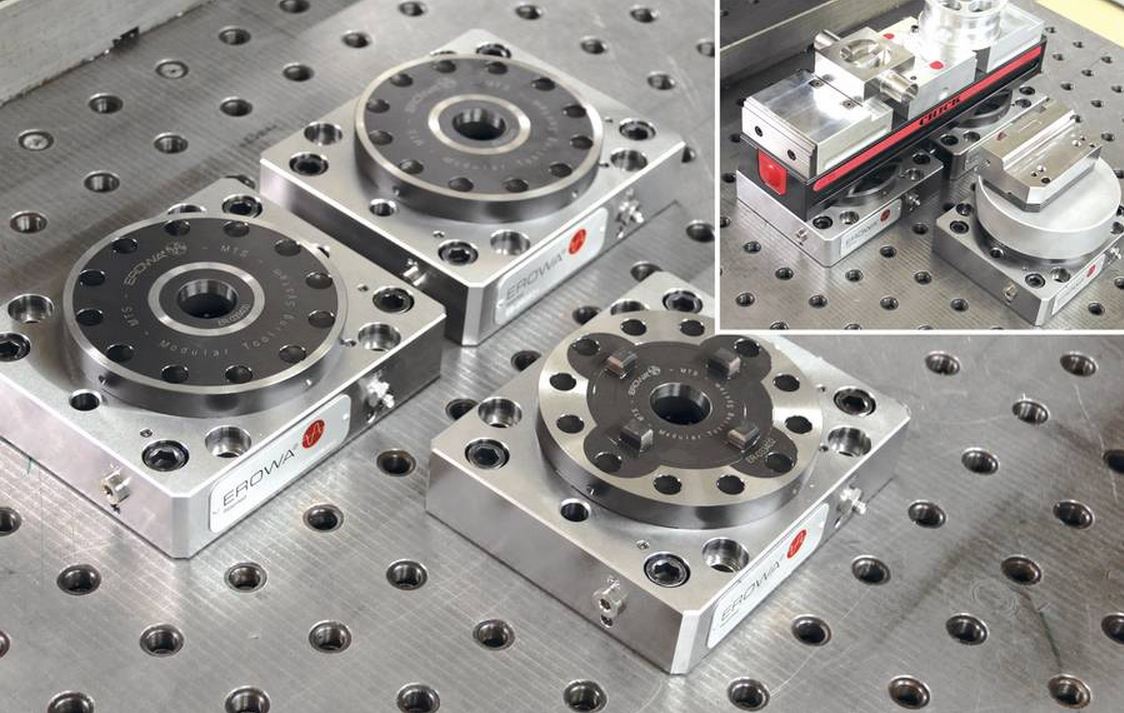 As machinists we apply our skill, knowledge and experience to produce the best looking and most accurate parts that we can. We take a great deal of pride in the products that we produce, and we want others to see that pride in the finished product. But what do we do when we aren’t getting the results that we want? When dimensionally the parts meet blueprint specifications, but the surface finish and overall appearance is less than desirable? When this happens we need to go back the basics and ensure that we are using the best machining practices that we know to be correct.

Previous All posts Next